Spelling and Society: The Culture and Politics of Orthography around the World


The date represents the day in when students demonstrating for recognition of their language, Bangla, as one of the two national languages of the then Pakistan, were shot and killed by police. Sizwe Mbhele from the KZN Provincial Education Department says various race groups will get a platform to share ideas on their respective languages and cultures.

Mbhele says they will also reflect on history and contribute to the renaming of certain areas that are deemed to have been improperly named. The names that were given to the areas were not actually the names — as part of African Renaissance. They have to be renamed, so part of the performance will be for learners to tell the history about the names and how they were named. We are expecting the youngsters to speak the language. Even in the classrooms, they are using language to debate, delivering a talk, and presentation. You know sometimes the children cannot be clear about words.

And to speak in a sense of respect when speaking to somebody who is an adult. All has to do with the use of language and knowing the importance of language and communication. The Pan South African Language Board says although it is making progress in helping San people of South Africa to have their languages officially recognised; their efforts are still falling short. A large majority of the San people live in the Northern Cape and speak indigenous languages such as! Xun, Khwe, Nama and others.

Language Board Provincial Manager Boichoko Moremi says they are engaging universities and language experts in the country. But currently, for the past five years, we are on the right track. We are working on developing spelling and orthography rules in the Nama language. A leader in the Khwe tribe living at Platfontein near Kimberley in the Northern Cape, Vincent Katjarra has accused government of dragging its feet in recognising their languages. Featured Collection. Based on fieldwork in the Nabdam District of Ghana, it specifically explores the role of community involvement in orthography development.

Through the work of Project GROW, a non-profit organization led by Vida Yakong, a community-based research project began in order to develop an orthography for Nabit in After a multi-year collaborative research project, including the development of a Nabit Language Committee, community members finalized the Nabit alphabet in at an Alphabet Design Workshop. Developing an orthography is a complex process as there are multiple linguistic and non-linguistic factors which must be considered in the process including which languages and orthographies speakers are already familiar with, how similar or different speakers want the orthography to be from existing orthographies, and how the orthography is seen as representing the identity of the language community.

This thesis considers the factors that influenced the development of the Nabit orthography by analyzing the language ideologies of Nabit speakers, which emerged in interviews and at an Alphabet Design Workshop. By examining these language ideologies and the role they had in the creation of the Nabit orthography, this thesis demonstrates that both researchers and community members need to consider non-linguistic factors as equally important and sometimes even more important, than linguistic factors in orthography development.

Especially to Vida Yakong who championed this project; without her hard work and dedication this project never would have happened.

Thank you for being my collaborator and for sharing your knowledge of, and love for, your language, Nabit. Thank you as well to Josbert Zure who was the best guide, translator, research assistant, and friend I could have asked for during my stay in Ghana. Nayenbil, Peter, Samare, Nmabone, Samson for their tireless efforts to ensure the continuation of the Nabit language and for making the alphabet workshop so enjoyable. Thank you as well to Cindy Bourne, who shared my Ghana experience, for the late night conversations and commitment to using the Nabit language in her research whenever possible.

Thank you to my family, to my parents Yvonne and Terry Giffen, and my sister Kirsten Giffen for your unconditional love and support during this long and sometimes tiring process. Thank you especially for letting me vent and for being the voices of reason I often needed and for being the secure home base I can always count on that allows me to travel almost fearlessly into my adventures.

Thank you especially to Lindsay Farrugia who was not only an excellent editor during this process but also an incredible friend. Lastly, I would like to thank my thesis committee of Christine Schreyer, John Wagner, and Manuela Ungureanu for their support, guidance, and insights that challenged me to think critically, and whose efforts greatly improved my research and writing.

Spelling and Society: The Culture and Politics of Orthography Around the World - Semantic Scholar

Thank you especially to Christine, who consistently went above and beyond the expectations of a supervisor by always providing me extra opportunities to learn, helping me to network, supporting my endeavors beyond my thesis, and reviewing way too many drafts of every grant and abstract I wrote. More importantly though I am grateful for her friendship and willingness to listen.


I will always remember the one hour meetings that lasted four hours and the long skype conversations we had when I was in Ghana. I am also grateful for the financial support I received that allowed me to conduct this research and write my thesis without financial stress. I first of all would like to write about our culture.


Why I am saying that is, it is something that is gradually wiping away because our grandfathers were not able to put it in paper, so certain things are getting missing. So if I have the chance to write in Nabit I think my first novel would be on culture. Previously, Bob had never been able to write in Nabit because a Nabit orthography, or writing system, did not exist.

In his statement, Bob outlines the significance that writing in Nabit would have for him and for future generations of Nabit speakers; he could write about his culture in his traditional language and preserve it in a written form so that future generations would always know about their culture. People wanted to be able to write about cultural practices and traditions to preserve them. My interview with Bob took place in Ghana, during a six-week fieldwork trip I conducted in May and June of His interview was one in a set of thirteen interviews I conducted as part of the community consultation process with Nabit speakers to develop an orthography, or writing system, for the Nabit language. 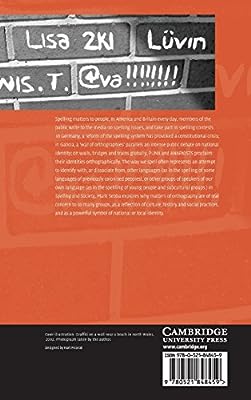 During these interviews I investigated what Nabit speakers thought about their language and about the possibility of being able to write in their mother-tongue. I believe that it is important to let the voices of the speakers I interviewed be shared in as close to their original form as possible so long as the meaning is clearly conveyed.

Project GROW is now a non-profit organization and has implemented several successful projects in the Nabit community, such as building a grinding mill and sending girls to school GROW Community members, including both men and women, expressed the desire to learn how to read and write, and specifically explained the need for a Nabit writing system personal comm. January 20, Women explained that they must use their fingerprint to sign documents because they do not know how to write their own name, and that this is a very degrading experience for them, as the ink left on their finger marks their illiteracy.

To address the need for a writing system for Nabit, Cindy and Vida approached my supervisor, Dr. Christine Schreyer, who is a linguistic anthropologist. Schreyer had completed a very similar project in the summer of , when she helped a community in Papua New Guinea develop a writing system for their language Kala Schreyer and Wagner Schreyer recommended me for the project, and I conducted a preliminary research project on Nabit, with the support of an Irving K.

I worked with Vida, who is a fluent Nabit speaker and respected community member, to document and record Nabit.


My interviews with Vida were conducted in Kelowna, 3 BC, and due to time and financial constraints I was not able to travel to Ghana to interview more speakers or directly involve more speakers in the orthography development process. Together, Vida, my supervisor Dr. Schreyer, and I developed a preliminary orthography for Nabit. To involve more Nabit speakers, we also developed an alphabet book that we sent to Ghana accompanied by MP3 players with a recording of Vida speaking in Nabit to explain the book.

We asked Nabit speakers to listen to the recording and read the alphabet book and then provide us with comments on the orthography we developed. We asked reviewers to provide constructive feedback on the orthography, for instance whether they liked the letters Vida chose, or if we represented any sounds incorrectly, etc. In November of I received review documents from several Nabit speakers in Ghana that Vida had collected. The feedback was mostly spelling revisions of the words included in the Nabit Writing and Counting Book.

Unfortunately, one of the challenges of conducting research in Kelowna instead of in Ghana meant that the URA project was already completed by the time we received the feedback. Schreyer, and I had developed. To continue the project we decided it was necessary to travel to Ghana to conduct more language interviews, experience the Nabit culture, and study the role that the Nabit language plays in everyday life.

Continuing the project also meant that the feedback we received from Nabit speakers could be incorporated, as well as the voices of more Nabit speakers. She recruited Nabit speakers to sit on the Nabit Language Committee NLC , which would oversee the project, and convened meetings with the committee to set up the project and brainstorm a list of speakers I could interview. Vida also organized my field stay, finding me lodging, booking me in-country flights, and enlisted her nephew Josbert to be my guide, translator, and research assistant.

I travelled to Ghana in May and stayed until the end of June During these six weeks I interviewed thirteen Nabit speakers and met with the Nabit Language Committee twice to finalize the Nabit orthography. My interviews were designed to document the phonology, meaning the sounds, of the Nabit language and understand how Nabit speakers felt about their language.

Along with helping to develop the Nabit orthography, I was interested in investigating how community members felt about the potential of a having Nabit orthography and how they felt about their language in general. I was also interested in exploring attitudes of Nabit speakers regarding the possible classification of Nabit as a dialect of Frafra, which I will discuss in more detail below. My research questions arose from my preliminary research studying Nabit with Vida. The highly connected research questions I address in this thesis are: 1 How will community involvement influence the development of the Nabit orthography?